The Maasai Education Foundation (Foundation) was formed in November 2016 to provide charitable support for (1) the education of the Maasai youth in the Arusha region of The United Republic of Tanzania (Tanzania), (2) mastery of the English language by Maasai children and adults, and (3) educational exchange opportunities between Tanzania and the United States. In addition, the Foundation will educate the public about its work. The approved Foundation bylaws stipulate that the Foundation will devote at least 90% of donations to program expenses and that all Foundation board members and others will be unpaid volunteers.

In June 2016, a group of 11 individuals from Virginia traveled to the Arusha region of the Republic of Tanzania for a 10-day wildlife safari. During the safari, a child in the group befriended an eight-year old Maasai girl (Maria) near Lake Natron. Maria spent almost 24 hours with the group and a bond was established. After returning to the states, members of the group decided to see if they could sponsor Maria’s education. The group did not have any contact information for Maria, only a picture and the approximate location of her village. After numerous emails and phone calls, we established contact with Ms. Martha Olemisiko, the director of the Engaruka Community Initiative Organization (ENCO). Everyone else we contacted had told us that taking Maria from her village and enrolling her in school elsewhere was impossible for two reasons. First, Maria spoke no English or Swahili, which the better schools would require. Second, people told us that Maria’s family and village would not let her leave.

They were wrong. Martha traveled to Maria’s village and obtained permission from Maria’s parents and the village leaders to take Maria to Arusha, where she was enrolled as a first grader in the Arusha Meru International School. Two members of the group traveled back to Tanzania in August 2016 to ensure that arrangements for Maria were legitimate and to pay her school bills for the year. During this trip, the group representatives met Maria’s parents and Maasai leaders in four area villages and learned of their struggles to educate their children and the impacts of their lack of education on their economic well-being. The villagers explained that their main problems were that many villages did not have schools and that existing primary schools were taught in Maasai and Swahili, which did not prepare their children for the secondary school (grades 8 to 11) entrance examinations. The problem is that the secondary school entrance examination is in English, and their children do not learn enough English to pass the exam. Martha Ole Misiko (Martha) then shared her dream of establishing an English language-based primary school in the area that would offer boarding facilities for students from remote villages (within 40 km of Engaruka). After many discussions with Martha, the MEF representatives returned to the states and discussed Maria’s progress and Martha’s vision for the “Engaruka English Medium Primary School” with other members of the original safari group and the group decided to establish the Maasai Education Foundation to support students like Maria and Martha’s vision for the Engaruka English Medium Primary School. The MEF representatives also identified another needy Maasai student from the area and provided him with a scholarship to pursue his university degree.

Serious planning for the Maasai Education Foundation began in October 2016 under the leadership of Dr. Theo Dillaha, a retired engineering professor from Virginia Tech. Dr. Dillaha has a strong professional background in international development. He is a former Peace Corps volunteer (Morocco), a Fulbright Fellow at the University of Mauritius, and worked in Guam and Micronesia for two years. In addition, he led two USAID funded projects, the $27 million Sustainable Agriculture and Natural Resource Management Collaborative Research Program (SANREM CRSP) for 7 years and the $9 million Rebuilding Higher Education in Agriculture in the South Sudan (RHEA) for 3 years. Through these projects, he learned the ins and outs of international development and related US government policies and regulations and established partnerships with researchers and educators in over 30 developing countries. Dr. Dillaha has also worked extensively with student groups engaged in international development/service learning activities. He was the faculty advisor and professional mentor for the Virginia Tech Chapter of Engineers without Borders from 2006 to 2013 and initiated and mentored student service learning programs in the Dominican Republic, Guatemala, and Haiti. He is currently a faculty advisor and mentor for the Virginia Tech Service without Borders student organization, which has projects in Nepal and Tanzania.

During October and November of 2016, a Foundation organizing group began developing draft bylaws; vision and mission statements; organizational objectives; policies pertaining to Foundation Conflicts of Interest, Whistleblowing, and Donor Privacy; and an action plan to accomplish the Foundation’s mission and objectives. In November, the group applied for and received an IRS EIN and Articles of Incorporation from the State of Virginia. On November 21, 2016, the organizing group met, organized a Board of Directors, approved Foundation bylaws and policies, elected officers, formed key committees, and instructed Dr. Dillaha to apply for 501(c)3 status via IRS Form 1023. 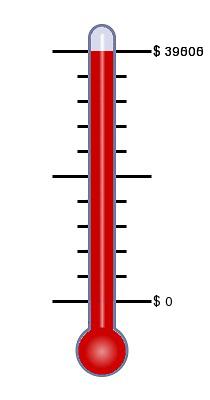